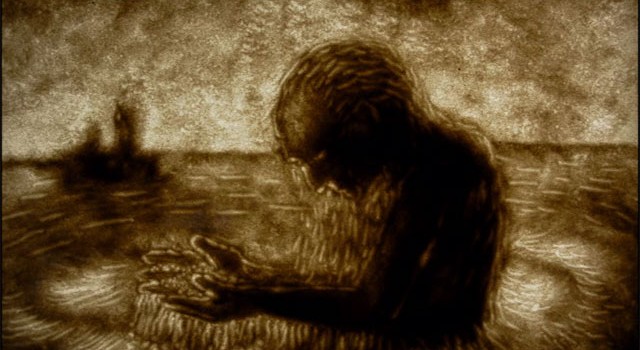 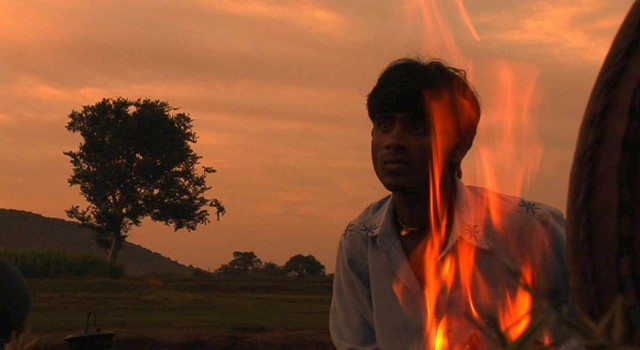 Curated and presented by Ulrike Mothes

The program sketches a moment of modern India, seen through the eyes of five Indian filmmakers. The fluid and elusive nature of the subcontinent awakening to modernity, is reflected in the portrayal of history through personal conflict (These Old Frames). It is narrated in the location of humble identity between rural community and modern metropolitan life (One Way) or the decision of a cowherds boy facing a sacrificial ritual (Harika).

Ulrike Mothes is a documentary filmmaker and film curator. Between 2007 and 2010 she was working at the Film Department of Srishti School of Art, Design and Technology, Bangalore, India, as a lecturer. As an Artist in residence a t the same institution she realized several video works. Ulrike Mothes is currently an assistant professor at Bauhaus University, Weimar. Within the framework of her Ph.D. thesis she researches experiments in documentary narrative in India.

Four months after a flood in the Barmer desert in Rajasthan, the event is retold through the memories of survivors, local residents, an activist, a news reporter and a bardic singer.

The Delhi-based filmmaker Anitha Balachandran combines live‐action and experimental techniques of animation in her short films. An animation graduate from the National Institute of Design in India, she has a M.A. from the Royal College of Art, London. Her current interests lie in non‐fiction, particularly in exploring oral histories.
• Director and script: Anitha Balachandran • Animated documentary • India 2008 • 11 min

These old frames
The portrait of the film‐makers grandfather sculpted using imagery from his own archive.
Tahireh Lal was born in New Delhi, 1986. „These Old Frames“ ist he second of her exlorations of personal history through the medium of Found Footage Film.
• Director and script: Tahireh La • documentary • India 2008 • 15 min

One way
One Way profiles the life of a Nepali immigrant working as a security guard in Bangalore, the busy hub of India’s high tech trade. The present day lensing of Shyam Bahadur’s humdrum existence is intercut with archival footage narrating Bahadur’s own story.
A. Abraham was born 1963. She holds a BFA in Painting from MS University, Baroda, India. In 1991 she participated in the Whitney Independent Study Program, New York City, and has an MFA from Rutgers University, New Jersey. Ayisha has held solo exhibitions in New York and India, and her works have been exhibited in numerous group shows. Her short film ‘One Way’, was screened at the Directors’ Fortnight at Cannes in 2007.
• Director and script: Ayisha Abraham • documentary • India 2007 • 15 min

Echoes
The artist filmmaker was born in Mumbai, India. She completed her specialization in Digital Video Production/Film studies at the Srishti School of Art, Design & Technology in Bangalore. Her interests lie in understanding the science of image making, deriving nourishment from philosophy & psychology, employing the language of sound and investigating the constantly mutating position of an artist in society.
• Director and script: Rebana John • experimental • India, 2008 • 9 min

Harika (sacrifice)
Basu, a handicapped boy in a small town is forced to take a decision when the buffalo he takes care of, is slated for sacrifice.
Vinay Ghodgeri is a filmmaker/artist based in Bangalore, India exploring various forms of imagemaking. ‘Harake/sacrifice’ was his graduation film, plucking at the relationship between man and nature. Working currently with abstract personal mythology, he sees these images as riddles, unravelling themselves subconsciously.
• Director and script: Vinay Ghodgheri • short fiction • 2008 • 20 min