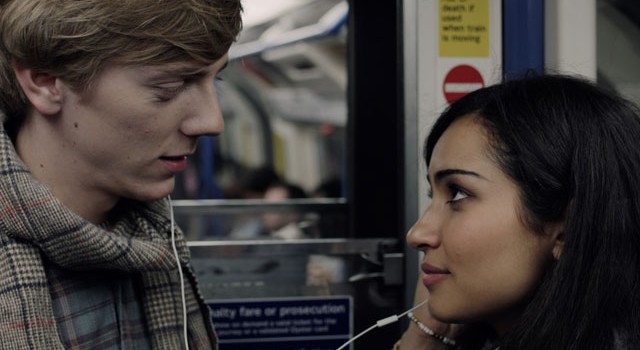 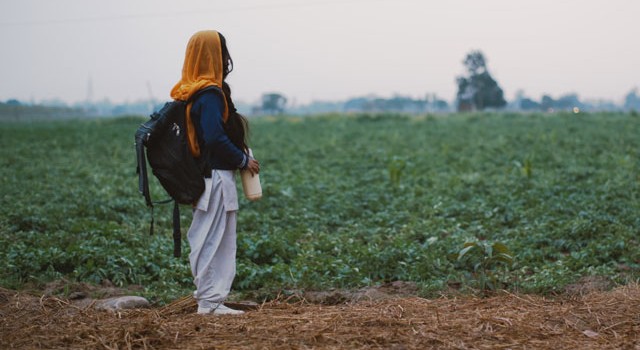 No Love Lost
A Jewish boy nurturing a secret romance with a Muslim girl, despite the realities of their backgrounds, is unaware he is being stalked. While the young lovers struggle to be open about their relationship, the stalker’s obsession reveals a thought provoking turn culminating in the trio coming face to face. No Love Lost is an intriguing tale of love, obsession and unyielding prejudice.
• Director: Shekhar Bassi • Script: Shalinder Bassi, Shekhar Bassi • India 2013 • 18:46 min. • Cast: Mouna Albakry, Scarlett Brookes, Daniel Godward

The House
Everything around Srinivas, a stubborn and principled man, seems to crumble: his house, his marriage, his jobs and the perspectives of his pension. But in the end he manages to get his act together.
• Director, script: Suneeth Kumar Alladi • India 2015 • 18:46 min. • Cast: Mekka Ramakrishna

Vishal
Vishal, an international student, starts his first day of work at an Indian restaurant. As he familiarizes himself with performing duties unaccustomed, his conversation with his mother from the previous morning.
• Director, script: Sumit Judge • India 2015 • 9:30 min.

Watermelon
Joseph, a contract killer, helps his neighbour Meena, who in the heat of the moment has killed her brutal husband in self defense.
• Director, script: Pranav Harihar Sharma • India 2015 • 8:17 min. • Cast: Parull Chaudhary, Prashant Singh

Yellow
Yellow is a surrealistic depiction of the life of a young boy Hari, who sells tea in the nearby bus stop. One day a balloon appears at the bus stop and his whole world lights up. In attempt to grasp the balloon, he finds himself getting lost in the mist of his broken dreams, but to determine to capture the balloon, he keeps moving through the Maya of his mind. That constantly reminds him of his bleak world. He slowly begins to realize that he is child born into slavery.
• Director, script, animation: Nishant Bahukhandi • India 2015 • 10:26 min.