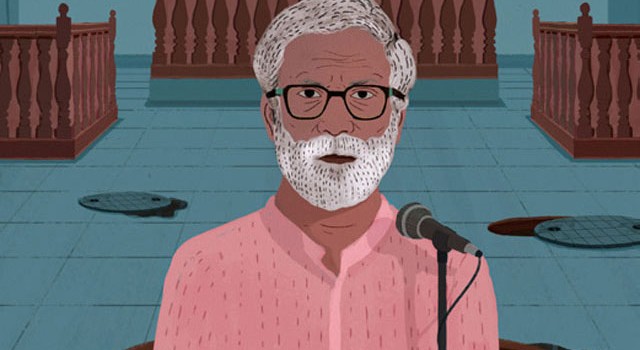 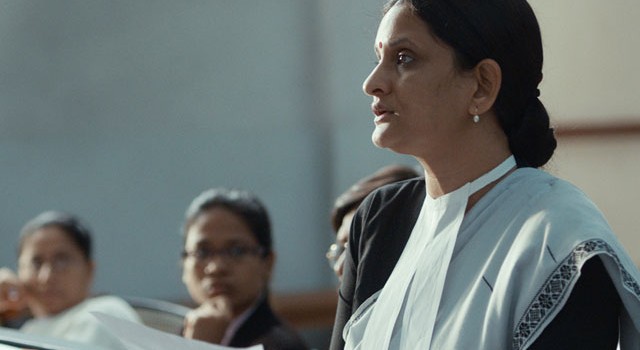 Narayan Kamble, an ageing folk singer is accused of performing an inflammatory song which might have incited a sewage worker to commit suicide. As the trial unfolds, the personal lives of the lawyers and the judge involved in the case are observed outside the court.

A sewage worker’s dead body is found inside a manhole in Mumbai. An ageing folk singer is arrested and accused of performing an inflammatory song, which may have incited the worker to commit suicide.

The trial unfolds in a lower court, where the hopes and dreams of the city’s ordinary people play out. Forging these fates are the lawyers and judge, who are observed in their personal lives beyond the theatre of the courtroom.

I was surprised by my urge to explore the Indian judiciary. After all, so much has been done and said in the genre of courtroom dramas. But when I attended a nondescript lower court in suburban Mumbai, the sheer lack of drama, and the casualness with which life and death decisions were being made, was what sparked my imagination. Every face has a story of its own; the stenographer who disinterestedly types away all day, the peon who runs errands for a small bribe, the inarticulate lawyers reading out long, technical passages from outdated law books, the appellants who have probably spent years waiting for their case number to be called out. Amidst all this theatre, are the hopes and fears of ordinary people, who cling on to every word they can understand, as their fates are decided.

Although the film is set in very peculiar sub-cultures of Mumbai, the attempt is to explore the invisible fabric of a collective. The characters are constantly acting upon the invisible triggers of caste and class politics, patriarchy, and feudalism. The challenge for me was to lend dignity and humanity to these people, despite their flaws.

Chaitanya Tamhane was born in 1987 in Mumbai. Court is his first feature film.