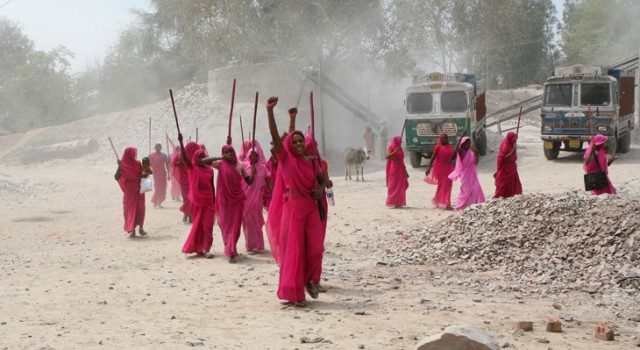 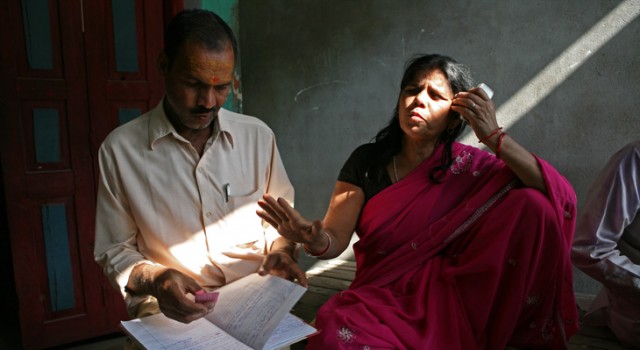 The „Gulabi Gang” takes things into her own hands and fight for women’s rights and against gender violence, corruption and caste oppression.

In Bundelkhand, India, a revolution is in the making among the poorest of the poor, as Sampat Pal and the fiery women of her Gulabi Gang empower themselves and take up the fight against gender violence, caste oppression and widespread corruption.

Bundelkhand in central India, a region notorious for its rebels-turned-armed bandits, is witnessing a new kind of rebellion with an unusual cast of characters. These are the pink sari-clad women of the Gulabi Gang, who use words as weapons demanding their rights, submitting petitions and haranguing corrupt officials. They travel long distances by cart and tractor, bus and train, to wrest justice for women and dalits, undeterred by sneering policemen and condescending bureaucrats.

Sampat Pal, the groups founder, is a rough-and-tough woman with a commanding personality. Despite being born into a traditional family and married off early, she has evolved her own brand of feminism and egalitarian politics. Constantly on the move, today she may be found investigating the suspicious death of a young woman, tomorrow protesting against a corrupt official.

The Gulabi Gang, with a membership of thousands, is active across many districts. Suman Singh, one of the leaders, has made it her personal mission to send a land-grabbing village chief behind bars, along with his murderous henchmen. But whats to be done when the brother of a fellow activist carries out an ‘honour killing’? Husna, a longtime member, is forced to choose between family loyalties and all that their fragile movement stands for. The Gang is still very new, and many of its members still steeped in conservative values.

A whole village connives in protecting the perpetrators of violence, aided by those in power. Everywhere, the Gang encounters resistance to its notions of gender equality and efforts for social change. The film pulls us into the centre of all these blazing conflicts: we are moved by the womens courage and determination, while their frustrations and disappointments mirror our own. As it travels with them through the dusty and desolate landscape, Gulabi Gang uncovers a complex story, disturbing yet heartening.