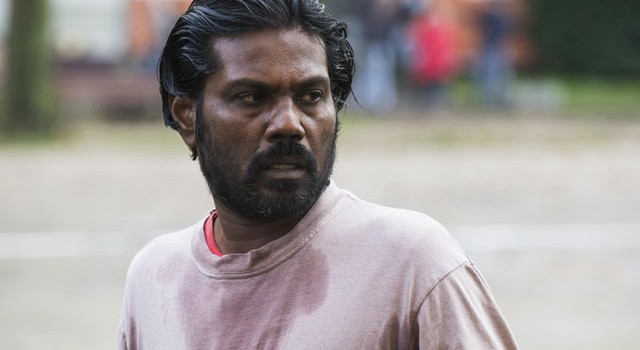 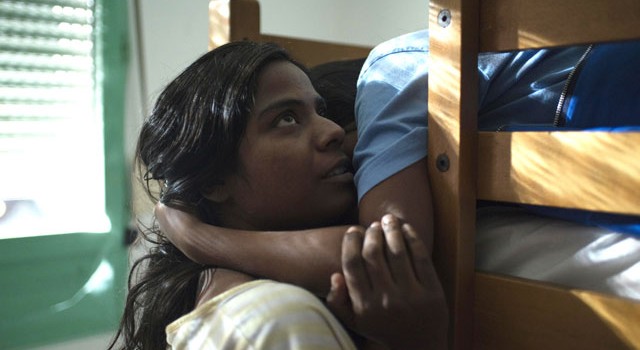 To escape the civil war in Sri Lanka, a former soldier, a young woman and a little girl pose as a family. They end up settling in a housing project outside Paris. They barely know one another, but try to build a life together.

Dheepan (Antonythasan Jesuthasan) burns his dead comrades’ bodies, gets out of his uniform and melts into the general population. He breaks with the Tamil tigers and the civil war. He is burnt out. In a refugee camp, Yalini, a young woman is looking for an unaccompanied child and finds Illyal, a little orphan girl. The three of them, total strangers to each other, pretend being a family and apply for asylum in France.

In France they are put in a hamlet in the outskirts of Paris, one of the typical Banlieues. Dheepan finds a job as a caretaker, Yalini works as a nurse for an old man and llyal starts going to school for the first time in her life. But their quarter is ruled by gangs of different origins, terrorizing the citizens and fighting about drugs and the hegemony in the area. As the conflict escalates Dheepan fights back, the only way he knows – as a Tamil Tiger.

Leading act Antonythasan Jesuthasan, a writer in his own right, lives in Paris. He fought for the LTTE (Liberation Tigers of Tamil Eelam) as a child soldier. At the age of 19 he fled to France, getting political asylum in 1993.

„Dheepan“ by director Jacques Audiard is the winner of the “Palme d’or” 2015 at the Cannes Film festival.