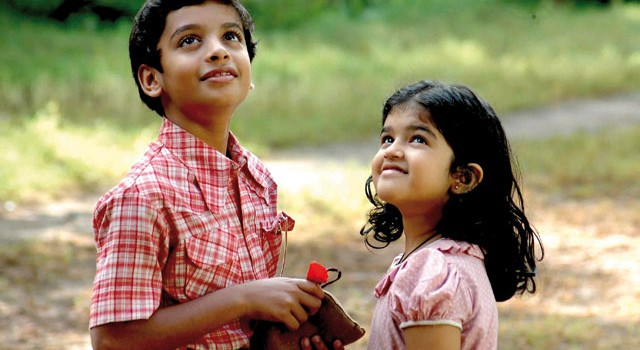 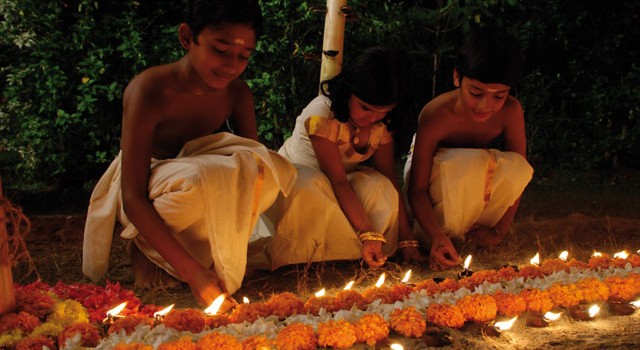 Manjadikuru is a trip back to 1980 in Kerala, India. 10-year-old Vicky, an immigrant child, arrives in a small village in Kerala, but the entire story is narrated to us by the grown-up Vicky who returns to the same ancestral home years later. His adult reflections are juxtaposed against the childhood visual narrative – bringing to life the magic of childhood and a past era.

Vicky’s ancestral home is an old cavernous house in a rural village. The usually desolate house is now bustling with the large disjointed family who have arrived to attend the grandfather’s funeral. For several years the siblings had moved apart as a result of one-upmanship and personal squabbles. But now all of them have come together to attend the funeral. The traditional sixteen days of mourning lays the perfect ground to relive all their mutual quirks and past tensions.

In the midst of the family infighting and mourning, Vicky befriends his younger cousins Kannan & Manikutty and the servant girl Roja. While Vicky shows off his bookish knowledge to his new friends, he learns many things from them. The whole rural atmosphere is a learning ground of things he had never experienced in his boxed-in lonesome cosmopolitan boyhood. A pond full of fishes, the serpent cove, a funeral for tadpoles, mango-laden trees and Manikutty’s favorite red-seed collection keep the energetic foursome busy through the days.

Alongside the children’s own adventures, they also witness the changing pattern of relationships in their disintegrating family.

At the end of the mourning period, the much-awaited will & testament of the deceased grandfather is to be read out. Most family members had stayed on for the 16 days, hoping to receive inheritance of the sprawling ancestral home. The children see the real stories of the various adults emerge as the days move on. The masks fall away and the real people begin to appear. Each of them has their own story, struggles and eventually their own resolution. In the midst of it, they almost become the family they used to be, but will it last.

Many years later the narrator yearns to retain that point of view which he believes is kinder, truer and better than that of most adults. The journey is one of nostalgia but also one of returning to that lost age of innocence.