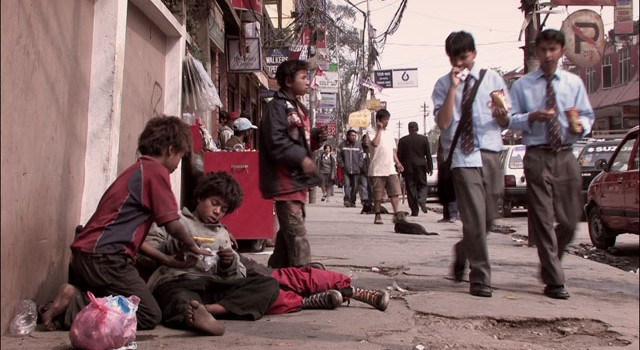 The highly awarded and stirring documentary about a bunch of kids trying to survive in the streets of Kathmandu.

Together with other children, Sonu, a eleven year old boy, lives on the streets of Katmandu. Their daily routine is a fight to survive in the chaotic capital of Nepal: always on the prowl for food, drugs, charitable tourists and what they seek most – as small boys do anywhere– is fun and adventure. The life of Sonu and his pack is shaped by hunger and violence but is also filled with childlike moments of freedom on the streets!

Directors’ statement: “This film follows ideas of Direct Cinema: no narrator, no music, no staging. We wanted to understand the everyday life of a street child in Kathmandu. The story is told by the kids themselves.”