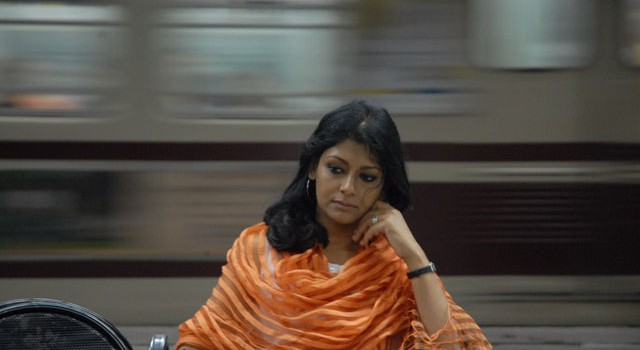 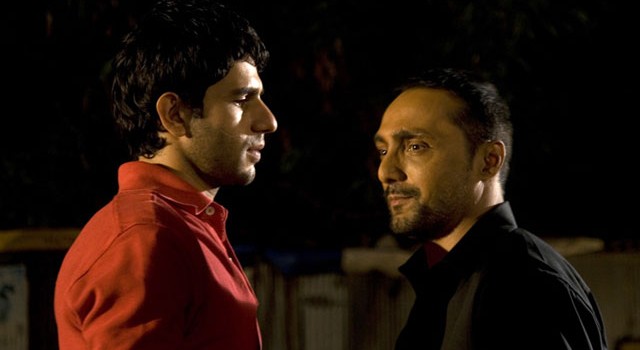 Director Onir will appear in person

I AM is about issues and dilemmas that bruise the modern Indian society. Unravelling and exploring these tribulations, the film unfolds many a tale of individuals struggling to find their identity, and uphold their dignity in a world that is callous, cold and unsympathetic.

Shot in four different cities across India, I AM is a fusion of stories where the protagonists share a common dream ﾖ a desire to regain their lives, to regain an identity which has been taken away from them.

I AM AFIA is the story of a single woman who feels her identity will be made whole through the singular feminine experience of motherhood. Unable to trust or even wait for a man, her search is defined ﾖ does motherhood necessarily require the burden of a man?

I AM MEGHA is a story of two friends ﾖ a Kashmiri Pandit woman and a Muslim woman ﾖ separated by conflict. Against the backdrop of the exodus of Hinduﾒs in Kashmir in early 90ﾒs, itﾒs a story of loss of home and identity. If your own home rejects you, where do you go and where are you ﾓfromﾔ?

I AM ABHIMANYU is the story of a broken man, with a proud mask. Abhimanyu is trapped by the demons of his past, a past of sexual abuse. To move forward he must first go back, into a world where his childhood was stolen from him.

I AM OMAR is a horrific tale of sexual discrimination; blackmail and prejudice is part of the torrid fabric. It reveals how the police use Article 377 (law under Indian Penal code which criminalizes homosexuality) to harass and blackmail gay men. In the current climate of media sensationalism, perhaps this story gains even more poignancy.
Characters move in and out of the stories, thus linking them in terms of content and structure. In all, I AM is about glimpses into the lives of people who often do not know whatﾒs right and very often, do not do the right thing. There is a beauty in simple things, and a dignity in individual struggle ﾖ through its stories, I AM reflects the story of everyone.
I AM is born of true life incidents.

About The Project
After making the highly acclaimed and award winning film ﾓMy brotherﾅNIKHILﾔ ( the producer-director duo of Sanjay Suri and Onir are proud to be releasing ﾓI AMﾔ, a film that is already making waves internationally through its innovative filmmaking process and its honest, unblinking portrayal of certain issues in society.

The producers have a vision to use the medium of mainstream films to spread awareness while popularizing the culture of watching content oriented cinema. Their belief that independent cinema exists to give a voice to those working against the tide and outside the system, has led them to innovate on the basic rules of film production.

Using social networks, they have co-produced the film with more than 400 individuals across 35 cities around the world, making I AM Indiaﾒs one of its first and the biggest crowd sourced film.