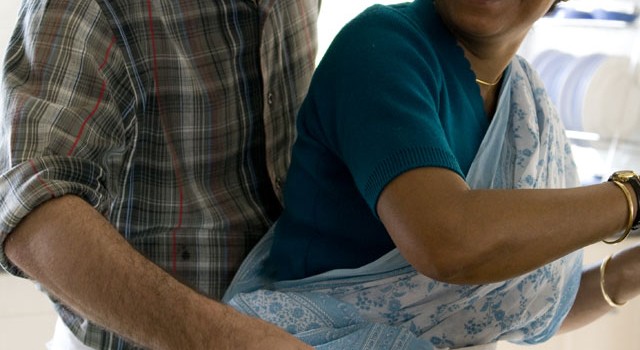 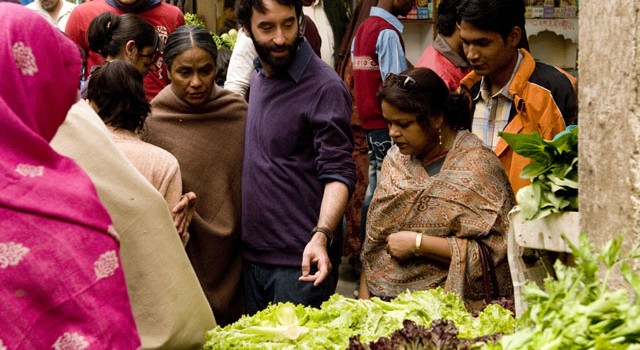 The first feature from writer/director Dilip Mehta, which premiered to great reviews at the 2009 Toronto Film Festival, “Cooking With Stella” is a quirky, warm-hearted comedy about scheming cook Stella.

Stella Elizabeth Matthews, played by “Bandit Queen” Seema Biswas, has been a cook in the Canadian High Commission in New Delhi for 30 years. She is brilliant as a cook, and brilliant at creatively padding her salary – with a few pilfered items, some minor overcharging, and a special phone–‐order duty free business. A newly posted Canadian diplomat and her husband Michael arrive with their baby.

After an initial jolt when Stella learns that Michael will be staying home as “diplomatic housewife” while Maya goes off to work, everything goes swimmingly for Stella. Michael was a chef in Ottawa and he is longing to learn authentic Indian cooking. Stella agrees to be his “cooking guru”. But Stella’s cozy domestic set-up implodes when Tannu, an honest nanny, joins the household, and threatens to expose Stella’s deceptions. Eventutally Stella wins Tannu’s full cooperation (and then some!). This unlikely partnership embarks on a much grander, riskier scam, which seems to bring disaster. An unexpected kind of justice is found, but not until the guru–‐student relationship between Stella and Michael has been sorely tested. Michael has learned many important lessons from his teacher …including glorious traditional South Indian cooking. And Stella? Well…. let’s just say dreams sometimes come true in unexpected ways.